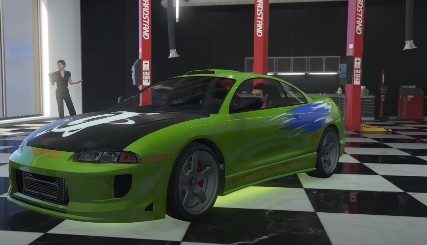 Today I’m going to be over the Top 5 Most Customizable Car in GTA 5 online, and we talk about actual mods, not the regular armor brake transmission turbo suspension and stuff like that actual cool mod that is different from most other cars. so let’s talk about GTA 5 Customizable cars

These Are The Most Customizable Car in GTA 5

The Karin 190z is highly customization car. It cost 900 thousand dollars. It has a total of 160 different customizations. It has so much different stuff you could do to it which is why everybody loves it and I was just talking about this in an article.

There literally there are a few different options for this car, you can make it a tuner car, a sleeper car, a drift car, a freaking awesome muscle car. Whatever you guys want it to be because there are so many different things you could do to it which is why everybody loves this car. this car is the Most Customizable Car in GTA 5.

it cost 1.38 million dollars on southern san Andreas super autos and has a grand total of 133 different mods. Thar you could put on it which is crazy. It has so much stuff you could do to it including stance the wheels and it’s super fun to drive around its got some pretty coll livery.

It’s really fast fun to drive around and one of the best cars.

It cost 435 thousand dollars, it has 135 mods on it which is crazy for a car that costs less than 500k. It was also added in the diamond casino heist update. Which was a little while ago. this is one of the favorite Most Customizable Car in GTA 5.

How to Increase Strength in GTA 5 Online Easily

It cost 1.28 million dollars on southern San Andreas super autos and it also has 78 different mods you could put on it and its one of the newer cars that we got in the summer special update and it was pretty cool, it really really tiny and really fun to drive around it.

It has tons of awesome mods especially one of the cool ones is the fact that you could stance the wheels. Many cars in GTA 5 game don’t have that except some of the tuner cars that you can actually mod and honestly, it’s a really nice looking car.

it cost 725 thousand dollars on southern San Andreas super autos and it has a grand total of 114 different mods that you could put on this car and that is pretty crazy that is a lot of customization options you have for this specific vehicle.

A lot of things you could do to it like the exhaust on it and could do the fenders.

I hope you liked this The Most Customizable Car in GTA 5 article. If you want related updates of GTA 5, then you can visit our website and if you want to know more games then you You can subscribe to our website.