If you are thinking that is there any option of selecting old map in apex legends. So I am going to explain the whole thing about you.

Is there any option of selecting old map in Apex Legends

So the answer is that there is no such option here that you can select the old map.

So you worried about What can you select in apex legends?

Let me tell you one more thing that Apex legends have an algorithm such as map changes after 1 hour repeatedly and accordingly there are map changes inside this game.

In the apex legends, you can select whether you want to play a rank match or a normal match, in which trios and duos are there.

Which Map is Best?

If we talk about which map is the best within this game, then the highest rated map is Kings Canyon. In this map, you will get to see all these Best places.

And if we talk about Olympus then it is also very good but it is very open map and there can be a third party very easily. And inside that map there is a lot of greenery and the color there is very good, so people play this map very much.

So I hope you feel very good to know and if you want the same information related to AL. then you can visit our website again.

Spread the love
Related Topics:
Up Next

Who is Maggie in Apex Legends? Why Does She Hate Fuse?

In this post we are going to talk about New Apex Legends Crypto’s Heirloom If you are interested to know about it, then you read this post completely, here we are going to give you a lot of information related to it.

Here you can see below the new Crypto heirloom which is found by data miner Shrugtal.

If we talk about Crypto Heirloom then we will get to see it in season 12. He will get a sword which looks very nice and suits his character. You can see in the video below that he has a sword in his hand, which is currently in progress and the data-miners have been found inside the game file.

Crypto Season 3 Came In and After 9 Season It’s Getting Its Heirloom. If we have any information related to this, then we will definitely share it with you.

let’s talk about the new firing range update which will be taking place as it has been semi confirmed from respawn devs as you might remember a comment from respawn
josh Medina, actually confirming that the firing range will be receiving an update very soon referring to seasons 12 Defiance.

The patch notes for the upcoming season are very well awaited and should be releasing next weak right before the release of the new season we should get some Intel on the upcoming firing range changes.

if we go ahead and look at the firing range over on Apex legends mobile there are a bunch of features included in it. including its own training system a lot of quality of life improvements and much much more.

you can definitely expect a lot of the features which are are over on the mobile version of the firing range to release into the main version. also, they are heavily liked it and also requested for it. 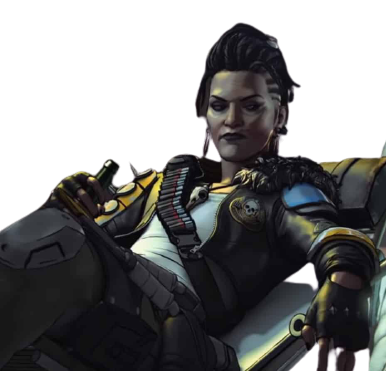 so friends I hope you all enjoy going to season 12 which is so amazing and I also love that map even I am enjoying playing that beach map and that atmosphere is look like so amazing this season is very colorful.

in this post, we are going to show you some skin that is going to be a part of the next event or the latest upcoming skin of Apex legends.

in this post, we are going to talk about Apex legends season 12 upcoming event which is totally related to old battle pass skins.

Respawn will be hosting an event that is set around all battle pass selling past battle pass skins in you can more so refer to this as just the upcoming battle pass event and it will be a way that if you just don’t have any other ones from the past you will have the opportunity to get them at the time.

from Respawn official wording that we know so far, we can expect all the skins to be from season 10 onwards but all in all, it’s really great idea for anybody Who may have missed out on any previous ones.

this is also a new sort of event that will be starting to happen a lot more frequently which is just to sort a large scale that gets promoted. but includes a bunch of old skins with this all being said this battle pass event it is unknown when it will be taking place in season 12.

but we can expect it to happen sometime next season mostly before the big season collection event. whether some of the old skins will come out with variations that are recorded or if they’re going to be staying their original colorways

already we have some skins which are so amazing we got in this new event which is totally related to this Island and its looks so amazing pirate-based skins.

but we are all looking for which is the new upcoming skin of Apex legends so let’s go we are going to show you some skins which are going to be a part of this season in the next events.

currently don’t have any data of any reactive skins when we know about it then will show you all the reactive skins which are going to be a part of the season 12 Apex legends game. we will try our best to provide you with all the details as soon as possible.

I hope you waiting for all the reactive and latest upcoming season 12 skins but we don’t have any data right now so I will try to provide you with all the data as soon as possible if you want all this information before releasing season 12 then you can subscribe to our website to press the bell icon or present the allow button.