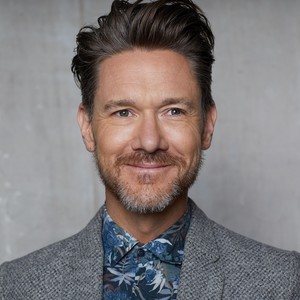 Here we will tell you that Apex Legends Voice Actors, Apex Legends Seer Voice Actors. we will cover Seer, Valkyrie, Fuse, Bloodhound, caustic, Bangalore, lifeline, Wattson, Mirage, Octane, Pathfinder, Wraith, Crypto, Revenant, Loba, Rampart all the voice actors in detail. And many fans have questions that will also clear. So let’s see which voice actors are behind Apex Legends.

Today we are going to talk about all the Apex Legends Voice Actors so let’s get started.

Branscombe Richmond is an American character actor stuntman. He has voice over Gibraltar inside Apex Legends. His old fans know him by the name of Bobby Sixkiller. Their voice is very heavy, many games are looking for such a voice.

Her birth name is Erika Mari Abe Ishii. And he is a very talented actor whose voice you must have heard if you play Apex Legends game. I like this character very much, if you like it too, then you must tell us in the comment.

Ben is originally from Australia, he is currently living in California. If we talk about what they have done, let me tell you that they have worked in many TV shows and movies. If we talk that he has worked in two video games which have been a part of his career.

He has given his voice inside a lot of TV shows and movies. If we talk about which games he has worked in, then let me tell you Hades(Role of Patroclus) & Apex Legends(Fuse).

If we talk about the voice actors of other Apex legends, they have given their voice within one of the Star Wars Series. Ben(Fuse Voice Actor) has worked within a Star Wars series in which he played General Hux.

Allegra Clark has given the voice of Bloodhound apex legends voice actor. And you know how hard it is to play his voice. He has worked in many places such as World of Warcraft: Battle for Azeroth, Death’s Gambit. And she also works to dub anime in English.

Roger Craig Smith is an American voice actor and former stand-up comedian. He was born on 11 August 1975. He is known as the voice actor of Sonic the Hedgehog. Roger Craig Smith is the voice actor of Mirage in apex legends. he’s perfect Apex Legends Voice Actors. He has given his voice inside a lot of games and movies such as Assassin’s Creed, Resident Evil, Captain America in several marvel projects, Naruto: Shippuden, Regular show, Bleach, Monster, Batman, and Superman: Red Son.

Blanc has given caustic voice in apex legends and has also given voice within many games such as COD: Black Ops 4 and Darksiders 3, Spyro Reignited Trilogy.

Shantel VanSanten is an American model and actress. She has voice over wraith inside the Apex Legends game. Shantel has worked in The Flash, Shooter, The Final Destination, You and I, and Something Wicked. And her voice is very good if you are a fan of Apex Legends, then you will know about his voice. and she has beautiful Apex Legends Voice Actors.

Erica Luttrell is a Canadian actress and voice actress. She has given voice within a number of movies and games such as The Jersey, Arrow, Justice League Action, spider-man, Final Fantasy, The Last of Part 2, and Apex legends. He has worked in many movies and games, She’s one of the best Apex Legends Voice Actors, if you want to know that then you can visit Wikipedia.

Christopher Edgerly is an American voice actor, comedian, and singer. He gave Path Finder voice inside the Apex Legends game. And currently, he has given his voice inside Benny the ball. He becomes a cast member for The Simpsons, Ren Hoek, Skylanders: Swap Force, & DreamWorks Dragons. He has done a lot of voice and acting, if you want to know, you can see it on Wikipedia.

Mela Lee is an American voice actress. She has given her voice to many animated series, TV shows, and films. She did a voice-over of Lifeline / Ajay Che inside Apex Legends. He has worked in Mortal Kombat 11, Fate/stay night, Vampire Knight. she’s very good Apex Legends Voice Actors. She has done many more things, if you want to know that, you can see it on Wikipedia.

How to Show FPS in Apex Legends (Steam)

If you know Apex Legends Octane, then Nicolas Roye has played voice of Octane. And Octane’s voice is very attractive and fun. He has done a lot of work like Nier Automata, Shadow of the Tomb Raider and many more. So you can tell us in the comment how you like octane’s voice?

Darin De Paul is an American actor and voice actor known as Reinhardt in Overwatch. He has also played many roles as Dr. Samuel Hayden, J. Jonah Jameson, and Ardyn Izunia in Final Fantasy XV. And you know the Revenant inside Apex Legends, he has also a voice-over of Revenant. He’s very good Revenant Apex Legends Voice Actors And if you want more information, you can see it on Wikipedia.

Justine Huxley has voiced Wattson Voice Actor for Apex Legend. Her voice is so cute that you keep listening to it again and again. She started working in this profession from the age of 6, she is an actress, singer, and voice-over artist. She has given the voice of the local population in GTA 5. She was so smart since childhood that she remembered everything. And if you want to read more about them, then you can visit here.

Fryda Wolff is a voice actress. She has given her voice in many games and movies such as Justice League Action, Resident Evil: Vendetta, Call of Duty: Advanced Warfare. She has voice over Loba inside Apex Legends. She’s perfect Loba Apex Legends Voice Actors. If you want to know more about her, you can read on Wikipedia.

Johnny Young is an actor but he just turned on voice acting. A funny thing is that he was a fan of Apex Legends before he started playing Crypto’s voice. His voice is very attractive and good. He will work a lot further in the game.

Anjali Bhimani is an American stage, film, television and voice actress. She has appeared in many television shows. In 2016, he gave the voice of the character Symmetra. Most recently he played Rampart’s voice inside the Apex Legends game.

I hope you like Apex legends voice actors article. if you want to know about more apex legends news and update then you can visit this website again, and also subscribe to our website for more amazing gaming updates.