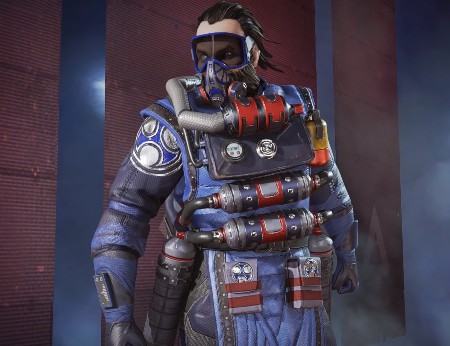 So today we are going to talk about Apex Legends Chaos Theory Collection Event Season 8. In this event, we will talk about which Skins, LTM, and heirloom you will get to see today. So let’s see what updates have come out of this Apex Legends new event.

So many events have come so far inside Apex Legends, inside which we got to see a lot of skins, LTMs, and Heirlooms. So today we are going to talk about an upcoming collection event called Chaos Theory. Let me tell you one thing that some skins have been labeled inside the Chaos Theory.

If you don’t know then let me tell you that Apex Legends is about to debut inside the Nintendo Switch alongside the chaos theory event. Which is about to be launched on March 9 according to further confirms.

Apex Legends Try That Every New Heirloom Is Better Than The Previous Heirloom. I am very curious to see the animations and special effects of this Heirloom. Tell us in the comments what do you think of Bangalore’s heirloom.

Caustic Town Takeover in This Event

We are also expecting Caustic Town Takeover inside this event. Whose teaser is nowadays seen inside Apex Legends. expected to take place over by water treatment. They are trying something new for this LTM.

you can expect this new mode to either be called ring frenzy or ring of rage but every round the ring will be working in a different way.

for level 1 ring there will be in the center of the map one flash and it will continually grow while.

for the level 2 ring there will be several flashes at the begging of the round.

and for level 3 the flashes will appear one after the other.

for level 4 there will just be a small number of ring flashes.

and for level 5 a large number of ring flashes will appear.

Spread the love
Related Topics:Chaos Theory
Up Next

King of the Sea

Terror of the Deep

Here you will get 24 Skins of Anniversary Event in Apex Legends Season 8. This anniversary event set to go live on February 4th. So let’s see which Guns and Legends skins we get to see.

All Image Credit to WaterGotHim

So we will get to see Recolor of these Weapon Skins within season 8 inside Apex Legends. We do not have any textures for these skins yet. But whenever the texture of all these skins comes out, we will definitely share it with you. So let’s talk about what are the skins.

This skin was seen inside the Season One Battle Pass and it looks like Skin exact Phase Walker.

3 rare legends skins we will get to see inside the Battle Pass of Season 8. So all these skins that you will see in the image below.

We all know that the next Battle Pass is called Mayhem. And we also know that whatever legend is going to get rare skins is Gibraltar, Caustic & Loba.

The legends whose rare skins we find inside the Battle Pass of Season 8 of Apex Legends are Fuse, Gibraltar, Loba & Caustic. If we do not get to see all these model’s skins inside the game file, so we do not know what they will look like.

So first we see which skins of the bloodhound we get to see, which is very different.

We will get to see the rare skins of caustic inside the Battle Pass, but we can also see this skin from Rare Prime Gaming.

And Shrugtal found this in the game file. And this is Caustic’s skin that we get to see from Twitch Prime.

If we talk about crypto then we will get to see two Rare skins here. And no textures were found inside the game file, so we do not have their picture yet.

We will get to see Gibraltar’s Rare skin inside the Battle Pass and we will also get to see the Legendary eoswar.

So here you will find all the skins inside the Apex Legends Season 8 battle pass. And if you want to know more about Apex Legends, you can visit our website again. And you can also subscribe to our website by pressing the allow button for more gaming updates. 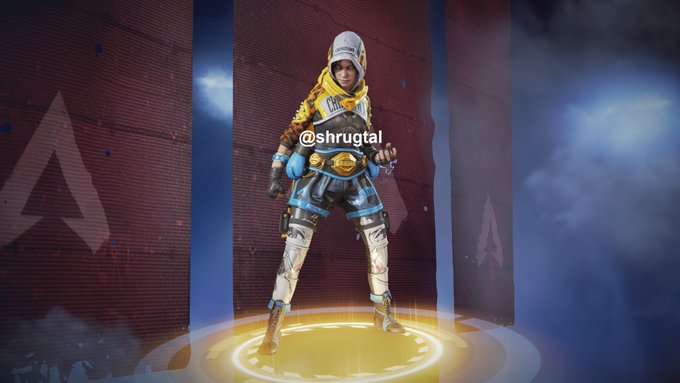 Here you will get to see all Apex Legends Chinatown Market, War Games & Golden Week Skins Sale New Skins. which you can see below.

A bunch of Unreleased Apex Legend skins and costumes have been leaked after the update of the Chaos Theory event by data miners. Set to release upcoming events and crossovers within which Var Games, Golden Week, and Collab with Chinatown Market Event.

But here a lot of data miners (Shrugtal & Sanguine) have found skins from inside the data files which you will see below.

The first costumes which are coming out are not inside any event, it is coming out from inside Mirage’s edition. inside we will get to see the miracle skin of Mirage, Apex coins, Weapon Skin for a fixed price. The name of this skin is the show stopper.

After the Chaos Theory, the event which is about to be launched also comes with a war game event. Where you will get to see a lot of recolors skins of the Iron Crown event.

Finally we have got to see the skins of the Golden week event inside the game files inside Apex Legends. We can expect this event within the last week of Apex Legends Season 8.

We may get to see this event before season 9 starts, Apex Legends tries every time to bring in something new in front of all the players. you will get to see the skins of the golden week event below.

So here were some skins like Chinatown Market, War Games & Golden Week which were new event skins, If you want more such information, then you can visit our website again. You can also subscribe to our website so that you will get notifications whenever new posts will be uploaded on our website.

oday we are going to talk about Wraith & Horizon Nerf & Revenant & Rampart Buffs in Apex Legends Season 8. So what kind of changes will we get to see, within season 8 a lot of her details have come out.

Today we are going to talk about Path Finder Buffs Wraith & Horizon Nerf & Revenant & Rampart in Apex Legends Season 8. So what kind of changes will we get to see, within season 8 a lot of her details have come out. Let’s see what those details are.

I am very excited to see this buff inside the pathfinder. Daniel said that Path Finder is in a very healthy spot right now because so many people pick him and his win rate is also very good. He also said that the path finder could stand to be a bit more powerful.

He’s Definitely fallen out of the ALGS meta, Path Finder will soon be removed from the low profile legends and we will soon see him and the powerful and competitive legend there. Daniel has also said that there is no specific time, but we will bring that update soon.

Gravity Lift: Effective cooldown has been increased from 16 seconds to 21 seconds. Horizon is such a legend since she has come since her winning ratio is the highest, so according to this she has been nerfed in Apex Legends Season 8.

Daniel has said that we are very struggling to find Revenant’s buff. And he has also said that he will decrease the hitbox of Revenant, what will happen to him that he will get more power and will not make him frustrating. he also said that I’ll bring it up this Wednesday in our balance round table.

First, we talk about Rampart. Rampart is the most underpowered legend in the game. But a lot of updates are coming out for Rampart. And Rampart was just buffed inside this season.

But there is a little animation work requires for it, so in the starting of season 8 or not, you will get to see it within season 8.

I hope you liked this Apex Legends Season 8 Buffs, Nerf & Bug Fixes. And you must have got to know something new from it. You can visit our website again to know the new updates of Apex Legends and you can also subscribe to our website.